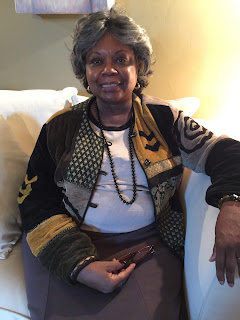 Sandra Simpson is a dedicated lifelong public servant and community activist. Though now retired, she was the former Executive Director of the California Health Facilities Financing Authority, after serving as the Chief of Staff (Acting Deputy Secretary) to then Secretary Grantland Johnson, Secretary of the California Health and Human Services Agency, in Governor Davis’ administration.

Prior to her executive branch appointments, Ms. Simpson had a distinguished career with the California Legislature.  She consecutively served as Chief of Staff to both then Assemblywomen Maxine Waters and Barbara Lee, as well as having been a principal consultant to the Assembly’s Fiscal Committee (Ways and Means).

Ms. Simpson civic activities have included her service as a member of the Sacramento City Planning Commission for eight years and the Sacramento Housing and Redevelopment Commission, a joint city and county agency for six years.

Sandra Simpson, raised in Chicago, IL. Received her B.A. from Mounty Holyoke College in So. Hadley; her M.A. and her law degree from U.C. Berkeley, Boalt Hall School of Law.  She is married and has one adult child.