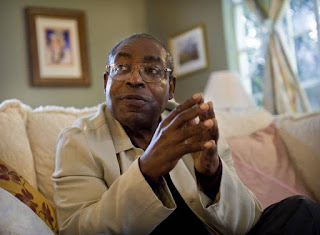 Grantland Lee Johnson was a lifelong resident of Sacramento, California.  He was raised in the North Sacramento neighborhood of Del Paso Heights. He graduated from Grant Union High School in 1966 and then attended American River College after which he went to Sacramento State where he graduated with a Bachelor of Arts Degree in Government in 1974.  He held two Honorary Doctoral Degrees from Golden Gate University and Sacramento State University (both Honorary Degree of Doctor of Human Letters).  In May, 2010 he completed a Masters in Executive Leadership from the University of Southern California.


Grantland’s community service included serving in the Black Caucus at Sacramento State University, and then as an appointee to the Regional Transit Board, Greater Sacramento Region. He was first elected to Sacramento City Council, November 1983 to December, 1986, representing approximately 45,000 residents in matters such as land-use and zoning, public safety, public works, recreation services, environmental protection, animal control and nuisance abatement. Councilmember Johnson initiated the formation of the City-County Environmental Commission and the Office of Economic Development.
Grantland was then elected to the Sacramento County Board of Supervisors, January, 1987 and served until November, 1993, representing approximately 220,000 residents in matters pertaining to public works, land-use and zoning, environmental protection, public health, public safety, health care, and social services. Supervisor Johnson designed the County's Housing Trust Fund Program that financed affordable housing for low-and very low-income families (inclusionary housing) and led efforts to institute innovative neighborhood-based, integrated services projects that emphasized family-centered and multi-disciplinary approaches. In addition, he led an effort to incorporate innovative Transit Oriented Development. He became Chair of the Board of Supervisors in April, 1990 and was the first African American to serve on the Sacramento County Board of Supervisors.
Johnson was then appointed by President Clinton as Regional Director of the U.S. Department of Health and Human Services, Region IX, in November, 1993 and served under Secretary Shalala until December, 1999. Region IX covers the States of Arizona, California, Hawaii, Nevada, and the Outer Pacific: Guam, American Samoa, Micronesia, Marshall and Northern Marianna Islands and Palau, and includes 150 tribes in Arizona, California and Nevada. During this appointment, Regional Director Johnson coordinated HHS' implementation of the Empowerment Zone (EZ Zone) and Enterprise Community Initiative in Region IX. He also served as a key member of the HHS team that successfully negotiated Medicaid Demonstration Project Waiver with the State of California and Los Angeles County health system to provide critical financial assistance to those in need.  Grantland also chaired the Welfare Reform Task Force that was established in Region IX, including all of the Region, and was convened December, 1996, consisting of 9 Federal Departments and Agencies. In 1998 the Task Force became the Region IX Federal Regional Council, and consisted of 30+Federal Agencies and Departments in the Region. Mr. Johnson chaired this Council until his departure in December 1999. 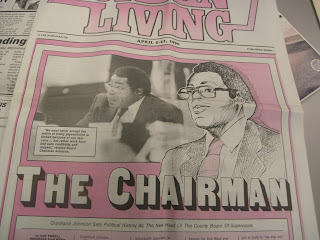 Governor Gray Davis appointed Grantland as the Agency Secretary of the California Health and Human Services Agency in January, 1999. He served in this Cabinet position until November, 2003, serving as chief advisor on health and social services related policies for 13 departments and boards, employing 35,000+ staff and overseeing a budget of more than $61 billion. During his appointment, he increased the enrollment of children in the Healthy Families Program (HFP), the State's children Health Insurance Program (CHIP) from 50,000 to over 686,000 children. He helped to provide continuous Medi-Cal eligibility for children up to age 19 and expanded Medi-Cal services for children in foster care as well as expanded primary healthy care to under-served rural populations and to migratory farm workers.
Grantland joined the Sacramento Central Labor Council as Director of Community & Economic Development from July, 2004 until June, 2006. From 2007 until 2009 he served in a non-profit affordable housing development agency, Community Housing Opportunities Corporation, in Davis California as a Senior Strategic Planning Advisor. Grantland was an Adjunct Professor at USC, Capitol Campus from 2010 until 2012.

Grantland also worked in other capacities in his early career at the Concilio in Sacramento and in the first Governor Brown Administration. He also formed Johnson & Associates, Public Policy Consultant Group in the areas of Health, Human Services and Organizational Development. He consulted with Molina Health Care Corporation as well as sitting on many Board of Directors and Advisory Boards. 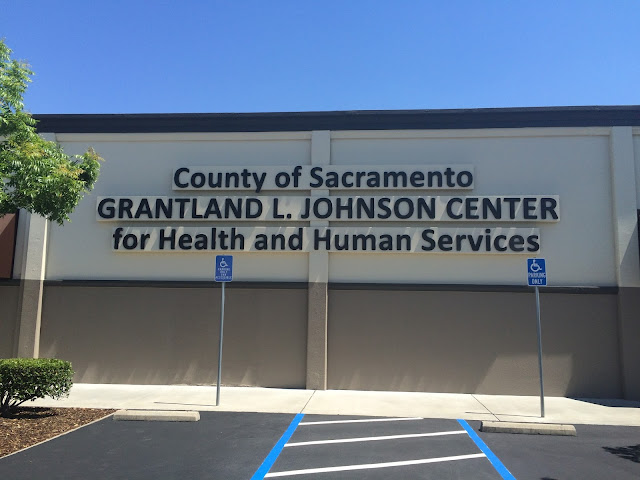