The mission of Grantland L. Johnson Institute of Leadership Development is to assist in the preparation of a diverse and talented group of emergent leaders so as to facilitate and support them in building their capacity to serve in the public sector. The focus will be on those less privileged who wish to serve their communities with a sense of vision, noble cause and ongoing commitment to exemplary public service. 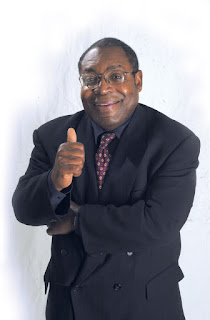 Grantland had for some time had a vision of training people to become leaders so that they could continue the work of positive systems change, in which he so deeply believed. He wanted others to have the good fortune he had had receiving higher education, meeting mentors that could guide him, and opportunities that he had had to shadow experienced leaders, ask questions and observe carefully how they operated. Of course, he mentored hundreds along the way and finally, a few years before his death, he and his wife Lee met with a close group of friends in Oakland to discuss such an Institute. He would be President and Lee would be Vice President with full veto power in his absence. Grantland’s health soon deteriorated such that visits to meet potential funders or other parties associated could not be realized. Other than notes of the two meetings, the vision was delayed. Before his death, he never asked that it be done, but that some of his library be donated to Sacramento State University.

However, he and his wife Lee discussed the Institute in moments together; that it would be inclusive of diverse communities regardless of ethnicity or gender. It was understood that the coursework and literary content of the program in which he had engaged at USC would be used as a starting point. No real discussion of fundraising or actually imagining it coming to pass was mentioned but the dialogue went on, as one more of the many interesting conversations.

The mission was to allow for the development of future leaders who were committed to serving and, sharing a noble cause, would effect positive systems change in the public arena, whether in policy, elected or appointed positions, or in leadership positions within public agencies. Grantland wanted others to understand the value of serving across intergovernmental levels and within public agencies related to policy and legislation, bringing reform and innovation through systems change using cooperation, collaboration, interchange, communication, and facilitation between internal and external bodies with a shared vision. A colleague once said, “Of course, he wants to create a bunch of little Grantlands,”. Perhaps the world could use some.