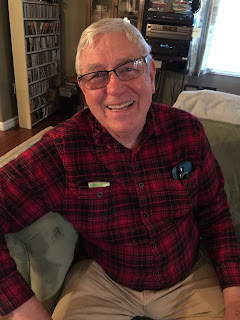 Bill Camp was born in 1944 in the ‘cotton mill’ town of Anderson, South Carolina in the red hills of the Piedmont.  He attended Millsaps College from 1962-64 in Jackson, Mississippi. After participating in some early activities supporting racial integration, he was selected for assassination by the Mississippi State White Citizens Council, the true power in the State, who ran the State death squads. He got across the border before sundown and enrolled in the University of Oregon, in Eugene, Oregon.  He graduated in 1966.

He enrolled in a PH.D. program in Sociology at Duke University.  In 1968, he played a lead role in organizing student support for a strike by black workers at Duke.  The maids and janitors were receiving less than minimum wage. The strike was successful, and he was expelled from Duke.

He returned for two more years of graduate work at the University of Oregon and then began work in the Community Action Agency in Redding, California. He took the lead role in organizing the votes by the Head Start Patent Advisory Board. They voted to leave the County Superintendents Office and created the national model for parent participation nationally in Head Start.

After being unemployed in Redding for my organizing work, he and his wife Catherine moved to Sacramento.  He worked for the state agency that guaranteed the organizing rights of farm workers called the Agricultural Labor Relations Board for 10 years. He ran elections to recognize bargaining rights of farm workers and investigated illegal actions by growers.  He played a key role in bringing to conclusion the first collective bargaining contracts for lettuce workers in the Imperial Valley.  He was ultimately eliminated by Gov. Deukmejian for reporting to the press the illegal conduct of his appointment to run the Prosecutorial Division of the agency. He worked as one of the labor liaisons of Senate pro Tem David Roberti for 6 years and took a lead role in mobilizing union volunteers for campaigns.

After the State Senate, he worked as the assistant to Jack Henning and later Art Pulaski doing political work for 9 years.  He became the CAO or Executive Secretary of the Sacramento Central Labor Council for 15 years.  Our CLC became a powerful voice for working class members during my tenure.  He retired in December, 2014.